VANCOUVER, BC / ACCESSWIRE / April 8, 2019 / Ximen Mining Corp. (TSX-V: XIM, "Ximen" or the "Company") announces that it has entered into an option agreement with Don Althen, an individual who is arm’s length to the Company, dated April 5, 2019 (the "Option Agreement") under which the Company has acquired an option, exercisable in the Company’s sole discretion, to purchase all of Mr. Althen’s interest in:

The principal asset of 0995237 is its option to acquire the Kenville Gold Mine located west of Nelson, British Columbia.

The Kenville Gold Mine has played a major role in the rich history of BC Gold mining. It was the first underground lode gold mines in British Columbia and was once the largest producer in the Nelson Mining Camp. There have been multiple new targets and veins discovered in the last several years and Ximen is looking forward to the potential opportunity that exists ahead.
Says Anderson CEO Ximen Mining Corp

About the Kenville Gold Mine

The Kenville Gold mine was discovered and staked in 1888 and was the first hard rock gold mine in British Columbia. It was mined intermittently until 1954, with recorded production of 2,029 kilograms of gold, 861 kilograms of silver, 23.5 tonnes of lead, 15 tonnes of zinc, 1.6 tonnes of copper and 37 kilograms of cadmium from 181,395 tonnes processed. The property is located 8 km west of Nelson, BC, is accessible by paved road and is connected to the power grid. Existing infrastructure includes mining equipment, offices, mechanic shop, core storage and accommodation.

The mine deposit consists of multiple, gold-silver quartz veins hosted by diorite. Between 2007 and 2008, 13,000 meters of diamond drilling was conducted that targeted previously un-tested areas southwest of the historic mine, and detailed sampling was conducted within the mine on the 257 Level. There are six other historical levels within the mine footprint; only this level was rehabilitated and remains open and accessible. Based on the mine sampling and drill hole information available at the time, new zones of gold mineralization were identified, and mineral resources were estimated (see table below). 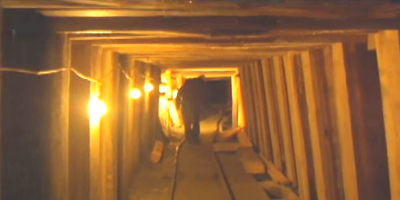 Ximen considers this historic mineral resource estimate to be relevant and reliable in that it was based upon the results of underground sampling and diamond drill information available at the time. The historic mineral resource estimate uses the categories of Measured, Indicated and Inferred mineral resources as defined by the Canadian Institute of Mining, Metallurgy and Petroleum. Estimations were done using a polygonal method. Measured and Indicated Resources are based on projections of mineralized veins exposed on the 257 Level. Inferred Resources in the historical estimate are based on assumed continuity beyond measured and (or) indicated resources. The inferred mineral resources are based on historical drill and channel assay information verified by underground channel samples collected in 2007/8. The resource tonnages were estimated using an assumed specific gravity. A cut-off grade of 1.1 grams per tonne was used. No allowance for dilution was included based on an anticipated "resue" mining method, which would separate mineralized material from waste rock.

Significant diamond drilling was conducted after the above mineral resource estimate was made between 2009 and 2012. At least 4 new veins were identified with potential strike lengths of over 700 metres. The results of this drilling have not yet been reviewed by the Company’s Qualified Person. A complete review of the technical information is required with the aim of completing a new resource estimate that includes the more recent diamond drill results.

In addition to the historic gold mine, elsewhere on the property historic soil geochemical surveys and results of scout drilling indicate potential for porphyry-type copper-molybdenum-silver-gold mineralization.

Pursuant to the terms and conditions of the Option Agreement and subject to the Company’s exercise of the option to acquire the Optioned Assets, the Company will pay the following consideration to Mr. Althen:

Ximen Mining Corp. owns 100 percent interest in all three of its precious metal projects. Ximen`s two gold projects, The Gold Drop Project and Brett Gold Project are located in southern British Columbia. Ximen also owns the Treasure Mountain Silver project adjacent to the past producing Huldra Silver Mine. Ximen is a publicly listed company trading on the TSX Venture Exchange under the symbol XIM, in the USA under the symbol XXMMF, and in Frankfurt, Munich, and Berlin Stock Exchanges in Germany under the symbol 1XM and WKN with the number as A1W2EG.

This press release contains certain ´forward-looking statements´ within the meaning of Canadian securities legislation, including statements regarding the completion of a proposed Offering and the use of the Offering proceeds to further explore of the Company’s Cerro Caliche project. Although the Company believes that such statements are reasonable, it can give no assurance that such expectations will prove to be correct. Forward-looking statements are statements that are not historical facts; they are generally, but not always, identified by the words ´expects,´ ´plans,´ ´anticipates,´ ´believes,´ ´intends,´ ´estimates,´ ´projects,´ ´aims,´ ´potential,´ ´goal,´ ´objective,´ ´prospective,´ and similar expressions, or that events or conditions ´will,´ ´would,´ ´may,´ ´can,´ ´could´ or ´should´ occur, or are those statements, which, by their nature, refer to future events. The Company cautions that forward-looking statements are based on the beliefs, estimates and opinions of the Company´s management on the date the statements are made and they involve a number of risks and uncertainties. Consequently, there can be no assurances that such statements will prove to be accurate and actual results and future events could differ materially from those anticipated in such statements. Except to the extent required by applicable securities laws and the policies of the TSX Venture Exchange, the Company undertakes no obligation to update these forward-looking statements if management´s beliefs, estimates or opinions, or other factors, should change. Factors that could cause future results to differ materially from those anticipated in these forward-looking statements include the possibility that the Company is not satisfied with its further due diligence investigations and possibility that the TSX Venture Exchange may not accept the proposed transaction. The reader is urged to refer to the Company´s reports, publicly available through the Canadian Securities Administrators´ System for Electronic Document Analysis and Retrieval (SEDAR) at www.sedar.com for a more complete discussion of such risk factors and their potential effects.