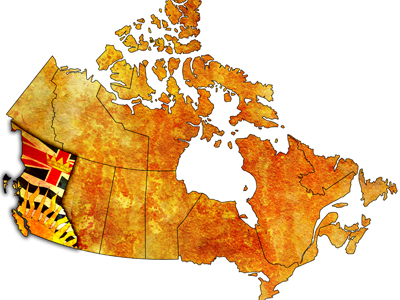 Ottawa’s rejection of the proposed New Prosperity copper-gold mine in British Columbia certainly hasn’t gone unchallenged. Taseko Mines TSX:TKO has already launched two judicial reviews as well as a civil suit castigating the manner in which the company says the feds carried out their authority. Now Taseko seems to be challenging federal authority itself.

“Ownership and development of mineral resources are explicit areas of provincial jurisdiction and responsibility, granted under the 1982 amendments to the Constitution Act 1867,” said a July 20 statement from president/CEO Russell Hallbauer. “The New Prosperity environmental assessment process has been unduly influenced by the actions of the federal government.”

How far the company intends to push that argument remains to be seen. But this typically Canadian jurisdictional muddle also raises the question of why two environmental processes are necessary—not to mention how they can come to such different conclusions. Prior to the feds’ rejection, B.C. had approved the mine.

B.C. now has a substitution agreement that allows some resource proposals to forgo the federal review for a provincial process. Ottawa still gets a say, though. Out of the one review come two decisions, federal and provincial.

B.C.’s the only province with such an agreement. According to terms first set out in a 2013 MOU, the provincial environment minister pitches a substitution request to her federal counterpart, who considers factors including transboundary effects, impacts on federal lands and other jurisdictional interests. If Ottawa agrees, the province conducts the review. If Ottawa doesn’t agree, a co-operative assessment or joint review panel might take place instead.

Thirteen applications have been approved for substitution so far, seven of them mining proposals, according to info supplied by the province’s Ministry of Environment.

Substitution wasn’t the streamlined ideal hoped for by the Mining Association of B.C., says president/CEO Karina Briño. But “in the absence of legislative change, we have been advocating for substitution. The duplication of the process and sometimes even the lack of clarity regarding what’s in and what’s out of each review does create confusion and unnecessary delays. So we do feel very strongly there can be one well-articulated process with the necessary scope to meet the requirements of both jurisdictions.”

Environmental assessments also require companies to address issues such as native heritage, land rights and potential land rights. That’s as it should be, the MABC believes. “We’ve always supported a process that does examine proposals not only from a technical perspective but also from a socio-economic lens…. What we would like to see is more consistency from a federal/provincial level with the same concepts applied,” Briño explains.

“What we’re looking for is clarity in terms of the review’s scope, its timeline, the level of information required to meet the duty to consult,” she adds. “What we don’t think is very constructive—and it does create a lot of uncertainty on the ground—is when the rules of the game change halfway through…. In the process of assessing the impact on the environment and on aboriginals, it’s very important for the industry to know the scope of both those aspects will not change halfway through the process.”

Meanwhile Taseko has levelled strong accusations at Ottawa. “We are challenging the federal government on a couple of different fronts regarding the federal assessment of New Prosperity,” VP of corporate affairs Brian Battison says.

The original Prosperity proposal met strong native opposition largely due to a plan to drain the 118-hectare Fish Lake for use as a tailings facility. That was key to Ottawa’s first rejection in November 2010. Taseko then submitted a multi-million-dollar revision called New Prosperity, which the company said would save the lake by relocating the tailings. Natives, represented by the Tsilhqot’in National Government, still objected. Ottawa delivered its second rejection in February 2014.

Since then the company has requested one judicial review to examine Taseko’s charge that the federally appointed assessment panel considered a mine plan different than New Prosperity. The other judicial review will examine Taseko’s claim that the government based its decision on the faulty assessment, disregarding the company’s warning. That review will also look at Taseko’s claims that the government and its officials held secret meetings with project opponents. The lawsuit seeks compensation.

Taseko’s allegations have yet to be heard in court. Battison expects dates to be set soon for both judicial reviews.

The company also plans to file a notice of work with the province, allowing Taseko to gather site info “primarily to address questions that were raised during the federal environmental assessment,” Battison says. As part of that process the company stated it “looks forward to working with the six local Tsilhqot’in First Nation bands as represented by the Tsilhqot’in National Government….”

That suggests considerable optimism on the company’s part. In 2014 Tsilhqot’in chiefs attributed Ottawa’s Prosperity/New Prosperity decisions to “an unprecedented two scathing independent expert panel reports which make clear that the project was unacceptable environmentally and in terms of its impact on First Nations’ rights and culture, and that these impacts were immitigable.”