So it turns out that  Rare Earth elements (REE) are not rare!  REE are not rare in that they are common in the earths crust and disseminated in rocks ranging in concentrations from 150 to 220 parts per million which even exceeds copper (55ppm) and zinc (70ppm).  Unlike most commonly mined base and precious metals it is very rare to find REE concentrated into mineable deposits.

When dealing with REE it is important to know not just grade of the resource to initially gauge the potential economics of a deposit but particularly when dealing with these elements to have an early indication of the cost of mineral processing.  It is one thing for the rock to contain the element but another thing to liberate and recover it.  It may be prohibitively expensive to convert an REE deposit into ore  in fact it might be a rather rare occurrence.

Mining, refining, and recycling of REE has serious environmental consequences if not properly managed. A particular hazard with some projects is the possible generation of mildly radioactive slurry tailings resulting from the common occurrence of thorium and uranium in rare earth element ores.

Global demand for rare earths has increased as more uses for these elements are found. Today there are hundreds of uses for REE, ranging from high-tech, energy and industrial.

The catalyst for the sudden interest in REE was Chinas announcement in June 2010 that it was curtailing rare earth element (REE) exports and also increasing export taxes.  The investor frenzy probably peaked in early to mid-2012.  At least this was the announcement which got traction with some opportunists which may have included a few super networkers in their number.  Of course it was convenient at the time not to focus on the fact that China had been doing exactly the same thing by creep for the previous two years, something at that time which had not mattered to the market but now conveniently did.

REE became hot and the galácticos of the speciality metals and it was suddenly easy for REE projects to suddenly be on the receiving end of a wall of silly punt-money.

I read recently that just over 700 public companies globally  were promoting REE projects, many with management that had little or no idea of what was really involved in putting a REE project into production.  This of course was no barrier for the opportunistic promoters of junior resource companies.  And on the speculation side, well, as we all know there is a mug born every minute and fools are easily parted with their money. 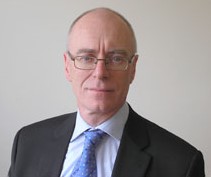 A widely travelled and highly experienced economic geologist, John Barry is a confidential counsellor to the likely investor contemplating a considerable investment in the intricate business of mining metals. Dont take a flyer and trust altogether in luck and invest your money in an exploration or mining project on the strength of a printed prospectus or the advice of an interested friend without the preliminary investigation and site visit of a reliable geologist with a basic grasp of commerical reality.  Irus Consulting provides  strategic and practical management advice and guidance  to its clients.  Time is a precious commodity for my clients, and indeed myself, as it relentlessly ebbs away and so I  try as best I can to avoid the mediocre - those projects and their champions which do not engender enthusiastic belief and passion.

John Barry was part of very small teams which discovered and sourced several multi-million ounce gold deposits in Africa. He has worked as an economic geologist since 1988 and as a consultant and then responding to the entrepreneurial spirit he was a founder and manager of three public resource companies which raised a total of US$70million. These resource companies are currently successfully exploring and developing gold and base metal projects in Europe, and sub-Sahara Africa. John has seen a lot of rocks working for consultancies such as CSA in both Ireland and Australia and as Senior Associate Geologist with Chlumsky Armbrust & Meyer LLC which is based in Denver.  He is a specialist in zin-lead exploration and in 1992 joined the exploration team which discovered the Lisheen zinc-lead deposit in Ireland as the resource was being expanded in the first couple of years after discovery and in 2008 led the first non Polish exploration company to successfully enter and acquire a major resource-project in the Upper Silesian Mississippi-Valley-Type (MVT) zinc-lead district  in southern Poland  the worlds largest minerlised district of its kind. John (P.Geo and EurGeol) holds a Masters Degree in Geology from Pennsylvania State University and a MBA from the Edinburgh School of Business, Heriot-Watt University, Scotland. 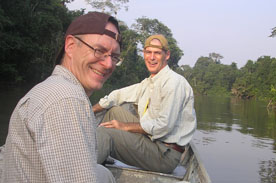 I would like to think that I have shown the tenacity, patience and focus required to implement many of my better ideas over the years and that I have learned valuable lessons from some failures. I believe one of my strengths is in communicating quite complex technical ideas in a concrete way that can be easily understood. I am a team- builder and motivator by projecting my enthusiasm and vision for a project. I am committed to the development of young geologists through supportive delegation. John is now moving more from managing public companies to freelance consultancy and a more advisory role so as to concentrate increasingly on assisting management in effective exploration and discovery. He is Managing Director of his own Exploration Management and Geological Consultancy: Irus Consulting Ltd. Please visit www.irusconsulting.com for more information and free newsletter registration.

John is now moving more from managing public companies to freelance consultancy and a more advisory role so as to concentrate increasingly on assisting management in effective exploration and discovery. He is MD of his own Exploration Management and Geological Consultancy  Irus Consulting Ltd.