VANCOUVER, BC / ACCESSWIRE / January 31, 2019 / Ximen Mining Corp. (TSX.V: XIM) (OTCQB:XXMMF) (the "Company" or "Ximen") is pleased to announce its Option Partner New Destiny Mining Corp. has received the second batch of analytical results from the 2018 exploration program on the Company´s Treasure Mountain Silver Base Metal - Precious Metal Property, southern B.C. The results are for rock grab samples collected in the southeast region, including significant analyses for base and precious metals, tellurium and anomalous indium values. The first batch of 2018 sample analyses included significant gold analyses from the east-northeast regions. Rock sample highlights from the 2018 program include. 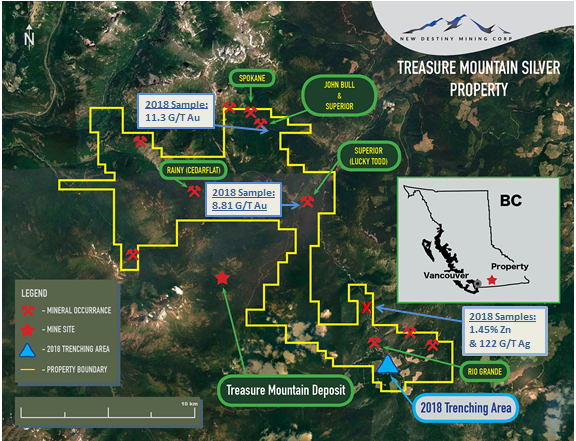 The Treasure Mountain Silver Property hosts multiple occurrences of silver, gold, lead, zinc and / or copper; and two copper - molybdenum occurrences. Copper and nickel mineralization is also reported locally in the northern region of the property.

The second batch of analytical results are for 2018 rock samples collected in the southeast region of the Treasure Mountain Silver Property. The Rio Grande gold-silver-zinc-lead occurrence is reported in this region of the property. An area of sulfide mineralization in outcrop was located during the 2018 program northwest of the reported location of the Rio Grande occurrence. Outcrop grab samples returning higher values for various metals from this area include:

Samples 118816 and 118817 are from a massive sulfide vein exposure. The vein at this exposure is approximately 10-15 centimeters wide, striking northeast-southwest. Samples 118815 and 118818 were from sulfide bearing sheared exposures. 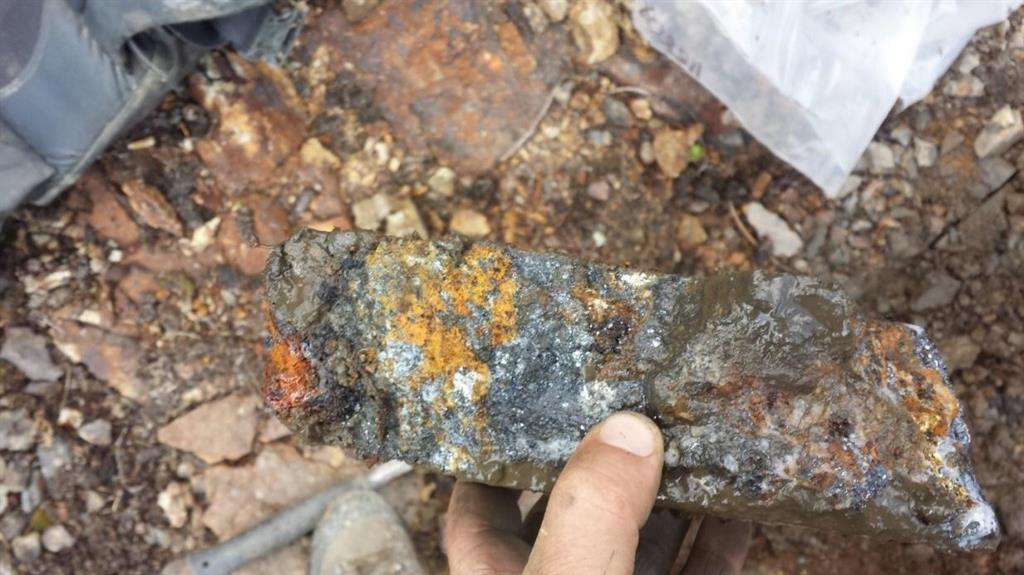 New Destiny also conducted trenching during 2018 in the southeast region of the property. Numerous outcrop grab samples from one trench returned anomalous gold values. This included three samples returning 0.877, 0.46 and 0.359 g/t gold. The host rock in this trench is a pyrite bearing schistose rock.

Some highlights of reported historic work within the Treasure Mountain Silver Property include (as per British Columbia MINFILE and Mineral Assessment Report Records):

Allan Beaton P.Eng., a Qualified Person as defined by NI 43-101, is responsible for the technical information contained in this News Release.